Rajkummar Rao is one actor who has proven time and again that true talent finds its place in the world. There are a number of characters of Rajkummar Rao that we’ve admired over the years and since the actor completes a decade in the film industry, here’s taking a look at them.

Indian cinema has changed over the years. this change can be verified by the number of new and content-driven movies that are released every year. Apart from the incredible writing and story, what makes these movies worth watching is the actors that are involved in the same. There are a number of personalities in the Hindi film industry who are standing out with their talent and beautiful depiction of their characters on-screen. One among them is Rajkummar Rao and there is no denying the fact. Rajkummar has been part of some amazing movies and was also successful in standing out with his performance in each of them. The actor has been bringing to life interesting, intriguing and challenging characters to life for 10 years now and here are 10 of our favourites:

Take a look at 10 characters of Rajkummar Rao that will always be our favourite:

Rajkummar can easily slip into the shoes of any character and he proved just that with this film. From being the shy and quiet saree salesman to the fearless and obnoxious writer, he made us fall in love with the quirks of both shades of his character.

Newton
Playing a character who is a very straightforward government clerk who always wants to take the right path and is willing to go the extra mile to bring a change. He won our hearts once again with this earnest and dedicated character. The movie, as well as Rajkummar, received several nominations and awards too!

Excited to share with you all that our film #NEWTON will have it's world premier at Berlin international film festival. Congratulations team. Berlin, here I come.

Trapped
A story of a non-quitter. About a man who wanted to move in with his love into an apartment and ends up trapped in there with no food and water. The rollercoaster of emotions and mental state his character goes through in this film make it such a gripping watch.

How far can you go to survive when all you have is just one thing "Hope". #Trapped. Trailer out tomorrow guys.

Citylights
A farmer from Rajasthan who moves to Mumbai to have a better life here but ends up with a lot of surprises, Rajkummar made our hearts melt with his character in the film.

Shahid
A criminal lawyer who took up the responsibility to fight for a group who were wrongfully accused of terrorism, Rajkummar’s character as Shahid definitely made a mark in our hearts. 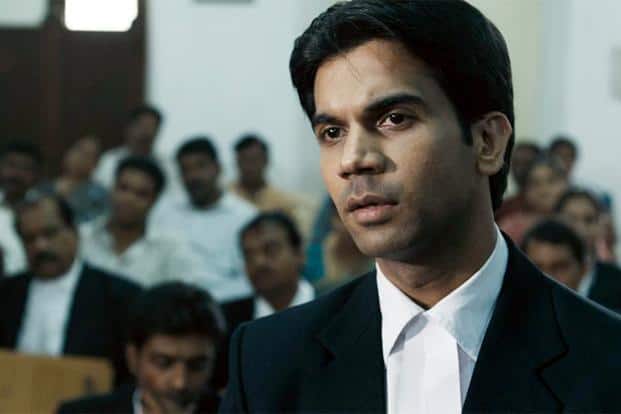 Stree
One goofy boy-next-door character that had a bit of humour in him, this character from Stree was able to stir a good laugh among the audience. Rajkummar played this fun and entertaining while showing us that a true man is who stands up for a woman.

Kai Po Che
The sweet innocent Gujarati from Kai Po Che is for sure one of the best performances that audiences will always remember.

Also Read: These 5 roles played by Ratna Pathak prove she is as talented as they come!

Queen
The face of all the men in the society that shies away from their responsibility, Vijay is not the ideal man. He ditched Rani and took off to live his life but came back when he felt like it. And we loved to hate Rajkummar in this character.

Aligarh
A ray of hope and the face of good journalism, Rajkummar did his best to keep up with his talented co-actor Manoj Bajpayee. He brought the character to life by giving his whole to the same.

Judgemental hai kya?
By playing this unusual character form the movie, Rajkummar went all in and gave all for the same. He pushed his boundaries and made us believe in his talents.