Home Pride #Pride Month : 18 Instances in the Indian Media that gave a... Every year, the month of June is celebrated as the #Pride month. It celebrates the diversity of the LGBTQ+ community and reinforces the point that they are equal to people of the straight community and should be treated so. The verdict of decriminalization of gay sex by the Indian Supreme Court in 2018 was a big victory for everyone.

It is well in public knowledge that the people of this community have had to struggle for their basic rights, and they do this by stating that there is #Pride in being who they are. Many Indian queer activists have played a major role in uplifting the community; and they have done so by taking help of media as their weapon.

We look back at some of the incidents in Indian media that proved to be milestones for our LGBTQ+ community.

1. In 1977, noted writer, Shakuntla Devi published the first book on the queer community –‘The World of Homosexuals’. 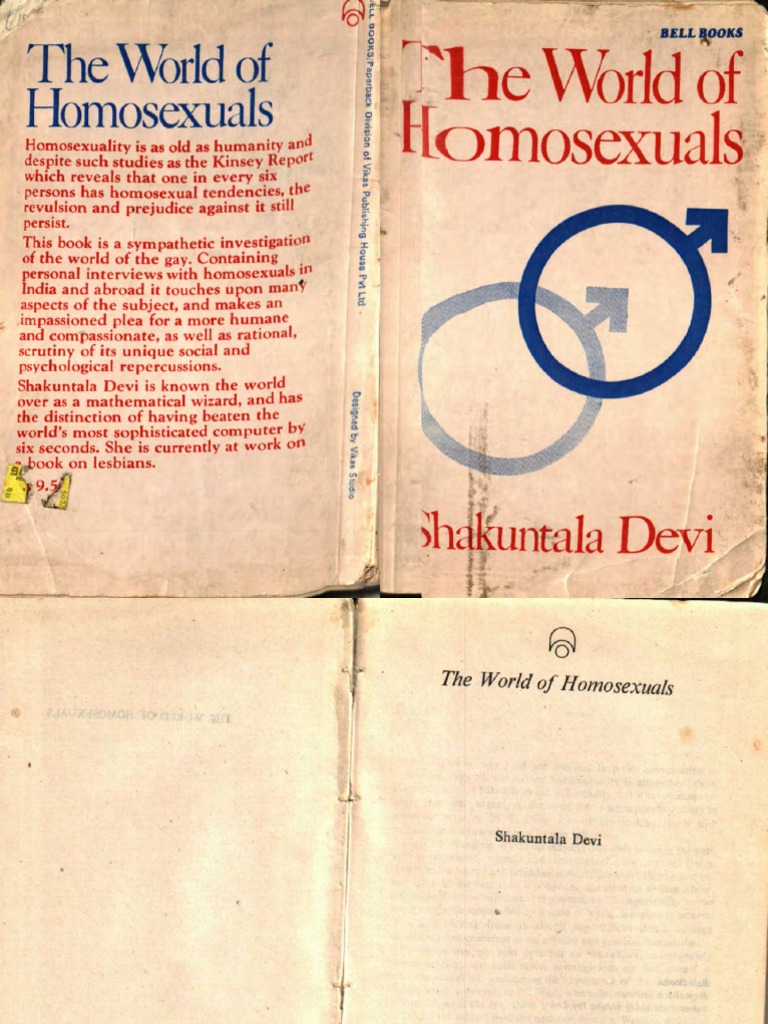 This is Shakuntala Devi aka the human calculator. We all might have heard about her but a lesser known fact is that she was also the author of first Indian book on homosexuality titled ' The World of Homosexuals.' https://t.co/UcNEK1Ad08 pic.twitter.com/Rxpabe1PqT 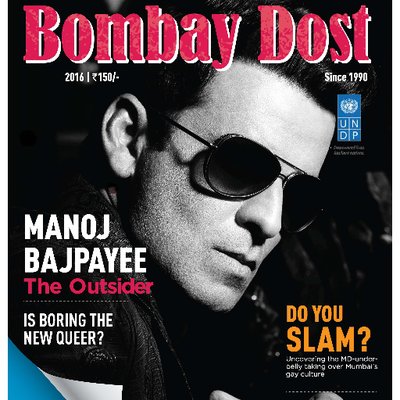 3. In 1996, the first ever Indian gay film was made called ‘BOMGaY’. It was a 12-minutes long movie starring Rahul Bose and R.Raj Rao (an author) and others who were shown as different queer men living in Mumbai. It never released commercially but is an important part of Indian LGBTQ history.

Wow: one of our preservation DVDs sounds super interestion! It's called Bomgay (DVD 15017), and you can read about it on wikipedia here: https://t.co/PGYpqNLa9c pic.twitter.com/i0RsfXGFH1

5. ‘Fire’ –a movie starring Shabana Azmi and Nandita Das and directed by Deepa Mehta was released in 1998; the protagonists played the role of a lesbian couple. Although Shiv Sena vandalized many theaters in Mumbai and Delhi who screened it, it played an important role in showing where the mindset of our society stands. 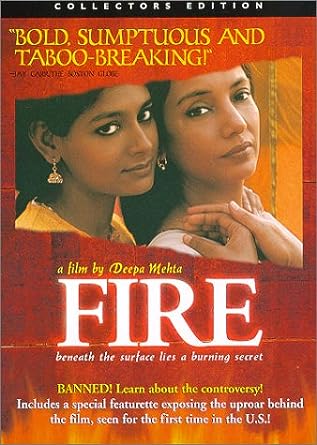 @shivsena activists vandalising posters of Deepa Mehta's film ‘Fire’ during a demonstration in protest of its screening in New Delhi. 1998. . . . The repression of same-sex love was highlighted by vehement protests against the film starring Shabana Azmi ( @azmishabana18 ) and Nandita Das (@nanditadasofficial ) in 1998. On November 25, 1998, two dozen men belonging to the Jain Samata Vahini of Mumbai requested Maharashtra's Minister of State for Cultural Affairs Anil Deshmukh to ban Deepa Mehta's film Fire. Forward to December 2, 1998, Cinemax theatre in suburban Goregaon in Mumbai. The matinee show of Fire was almost halfway through in a packed house when a group of rampaging women belonging to the Shiv Sena Mahila Aghadi – the women's wing of the Sena – barged into the theatre. . The same hooliganism happened in Pune and Kolkata on 3rd December 1998. Followed by such outrages they demanded Shabana Azmi's resignation from the Rajya Sabha. . . #lgbthistoryindia #Firemovie #deepamehta #Queerfilms #Neverforget #Haveprideinhistory #queerhistorymatters #lesbian #LGBT #LGBTIndia

6. 1999 proved to be a milestone as it saw India’s first pride parade in Calcutta, it was called the Calcutta Rainbow Pride. And then it saw many such parades.

7. ‘Facing the Mirror: Lesbian Writing from India’ published in 1999, which increased the visibility of queer women in the country. 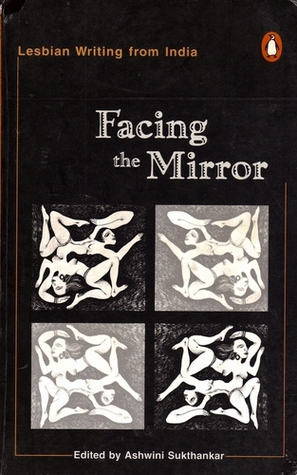 ? bananapeppers: dojahan: Facing the Mirror: Lesbian Writing from India (1999) you can read more from… https://t.co/5YMyDdJxZp

8. In a very brave move, Prince Manvendra Singh Gohil came out in 2002 and became the first openly gay prince in India. He was then invited to The Oprah Winfrey Show.

Indian Prince Manvendra Singh Gohil, who was disowned by his family after coming out, is opening his palace up to vulnerable LGBT people. He plans to build a center to house and provide services, such as healthcare and therapy, to the community. pic.twitter.com/MS9mIWdVo8

Inspiring and heart-warming. Thank you Prince Manvendra Singh Gohil for opening your heart and home?❤https://t.co/PvTisqsJMK 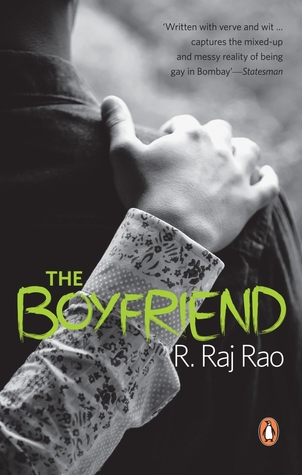 10. 2008 saw the first and simultaneous Pride parades in Mumbai and Delhi and saw a large turn out.

11. In 2010, The Kashish Mumbai Queer Film Festival –which is now one of Asia’s largest queer film festivals –started. It allowed people to showcase content on these matters which otherwise would have seen critics’ backlash. It was launched with the support of actress Celina Jaitley.

Very proud to be the industry partner of the biggest #LGBTQ film festival in South Asia @KashishMIQFF Exciting discounts for #MAMIYearRoundProgramme members at #Kashish so register here for this amazing movie feast that begins today https://t.co/YS9ju8w6oD #Happy10KashishMIQFF pic.twitter.com/62Dj0OPALq

Also Read: Famous LGBTQ+ Personalities of India who have made us all proud! #MumbaiPride2019

12. ‘Queer Ink’ was also launched in 2010 by Shobhna S. Kumar –it is the first publishing house for queer fiction. It also provides crisis intervention services and educational resources for the Indian LGBTQ community.

TELL ME A STORY ⠀⠀⠀⠀ ⠀
Queer Ink's unique project to explore first person queer Indian narratives is out with its eighth story by storyteller – Anubhav. His story explores the dichotomy of love and family. Head over to our Instagram page to read it: https://t.co/FtS6XfpPzP pic.twitter.com/r9lkRoDgRt

There are many unheard stories of Queer India. Debarati Das is bringing them forward in her anthology. Help us by making a valuable contribution. Click here https://t.co/Ig1cbB2DpP

13. As a protest against Section 377, the openly gay and proud author Vikram Seth posed for India Today’s cover like this. Dear Prime Minister Narendra Modi Ji I am writing as a concerned human rights activist to ask you to allow hijras to vote and run for office without identifying as males or females. The position of hijras in Indian society is a paradox that has allowed them certain privileges, but they also face extreme discrimination.Many are forced to beg and work as sex workers where they are exposed to abuse. The only way transgenders are able to protect themselves is if they have political agency. This includes the right to vote and run for office. Forcing hijras to identify as male and female deters political participation and inhibits improving their social and economic conditions.I hope you consider changing the law to allow hijras to vote and stand for office without identifying as male or female… Swadheenta Rathi #Satyamev_Jayate #like4like #followforfollow #India

15. In 2015, Gaysi Magazine published the first ever illustrated queerness anthology, having artwork by over 30 artists. 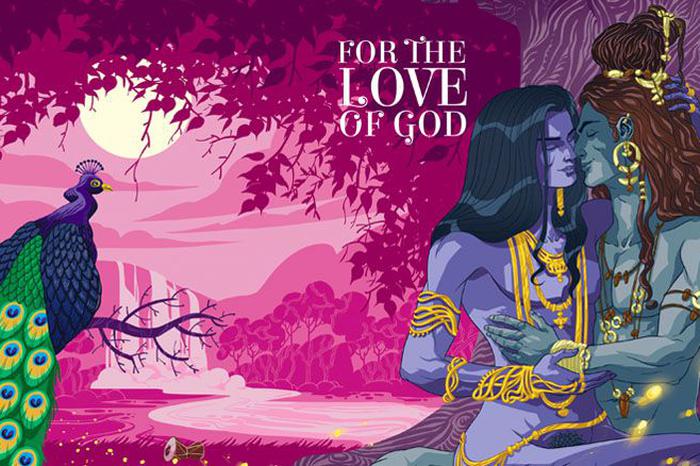 16. The first ever LGBTQ-centric web-series, called ‘All About Section 377’ was granted permission to air on National Television, and by 2016 had a primetime spot on NDTV Good Times.

The screening will be held at National College Bandra West, on Sunday 15th April from 4 PM to 8PM. pic.twitter.com/niUiHRrRi0

17. In December 2016, many bars and pubs banned queer male couples on the New Year’s Eve. Harish Iyer, and activist, started a #GayWellSoon campaign in protest. Him and other started sending flowers to these bars (inspired from Lagey Raho Munna Bhai) asking them to change their thinking.

YOU THROW US OUT, WE THROW FLOWERS ON YOU!
Like Anand Bakshi saab says फूल आहिस्ता फेंको..

18. Fariz Arif Ansari directed ‘Sisak’ –the first silent LGBTQ film –in 2017; it is 20 minutes long. It also made its place in the Cannes Film Festival!

While our brothers and sisters of the LGBTQ community still struggle and fight for equal rights, it is nice to see that this long history is finally giving some fruitful results. We hope they’re treated as equal as the straight community (because they are!) very soon! Happy #Pride Month people!