The Duchess of Sussex, Meghan Markle is going to be guest-editing the September issue of the British-Vogue, and she’s bringing in a force of women that are bringing a change in our world.

While Meghan Markle is bringing 15 women that inspire her to the cover of Vogue, she herself is not going to be on it. Why? Well, this member of the British Royal Family thinks it would be ‘boastful’ to put up her own image. We all know how humble she is, and this proves the point further. Meghan is working with Edward Enninful, British Vogue’s editor in-chief, for this special issue. 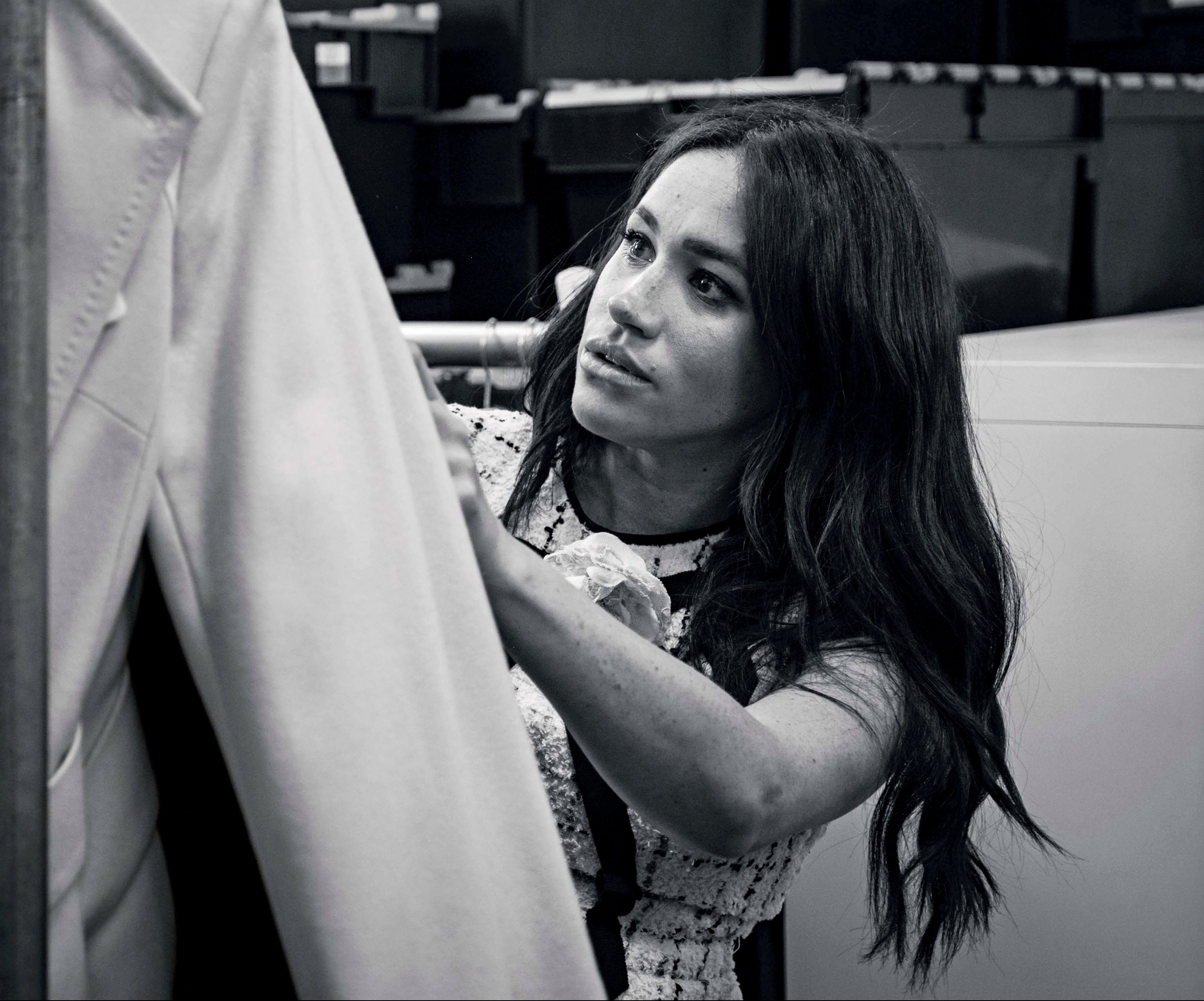 The royal couple shared a promotional video today on their Instagram, revealing several of the stars that are going to be featured.

A sneak peek of the #ForcesForChange video for the September Issue of @BritishVogue. Her Royal Highness, The Duchess of Sussex is the first Guest Editor for British Vogue’s September Issue and for the last seven months has worked to create an issue of inclusivity and inspiration, focusing on what connects us rather than what divides us. Fifteen women were chosen for the cover including New Zealand Prime Minister Jacinda Ardern, who generously lent her time to support The Duchess in this important issue. The women first met last autumn during Their Royal Highness’ official tour of New Zealand. Above, PM Ardern says: “One change that I’ve noticed over the course of my career, is just how polarised the world is now. I do think there is a solution to that though, and that’s ultimately us coming back to the humanity that we all share." Thank you PM Ardern for being an amazing force for change. For more details on this special project, please see previous post and stay tuned for more updates throughout the week.

We are proud to announce that Her Royal Highness, The Duchess of Sussex is the Guest Editor for the September issue of @BritishVogue. For the past seven months, The Duchess has curated the content with British Vogue's Editor-in-Chief Edward Enninful to create an issue that highlights the power of the collective. They have named the issue: “Forces for Change” For the cover, The Duchess chose a diverse selection of women from all walks of life, each driving impact and raising the bar for equality, kindness, justice and open mindedness. The sixteenth space on the cover, a mirror, was included so that when you hold the issue in your hands, you see yourself as part of this collective. The women on the cover include: @AdwoaAboah @AdutAkech @SomaliBoxer @JacindaArdern @TheSineadBurke @Gemma_Chan @LaverneCox @JaneFonda @SalmaHayek @FrankieGoesToHayward @JameelaJamilOfficial @Chimamanda_Adichie @YaraShahidi @GretaThunberg @CTurlington We are excited to announce that within the issue you’ll find: an exclusive interview between The Duchess and former First Lady of the United States Michelle Obama, a candid conversation between The Duke of Sussex and Dr Jane Goodall, inspirational articles written by Brené Brown, Jameela Jamil and many others. Equally, you’ll find grassroots organisations and incredible trailblazers working tirelessly behind the scenes to change the world for the better. “Guest Editing the September issue of British Vogue has been rewarding, educational and inspiring. To deep dive into this process, working quietly behind the scenes for so many months, I am happy to now be able to share what we have created. A huge thanks to all of the friends who supported me in this endeavour, lending their time and energy to help within these pages and on the cover. Thank you for saying “Yes!” – and to Edward, thank you for this wonderful opportunity.” – The Duchess of Sussex #ForcesForChange

The Duchess has put in efforts to throw light on all the pressing issues that the world is facing, such as, climate change, LGBTQ+ rights, mental health and migrant crisis to name a few. The issue will also have an exclusive interview with Meghan’s husband, the Duke of Sussex, Prince Harry and anthropologist Jane Goodall.

The Duke and Duchess of Sussex are so grateful for the well wishes in anticipation of their first born. Today we introduce you to one of four charities the couple has asked that you consider supporting in lieu of sending gifts. Please meet The Lunchbox Fund:@thelunchboxfund provides a nutritious daily school meal to children in South Africa who would otherwise go hungry. Since its inception, @thelunchboxfund has provided over 20 million meals to school children in need. This meal encourages children to attend school and enables them to better concentrate and maximise their learning potential. As President and Vice President of The Queens Commonwealth Trust, The Duke and Duchess of Sussex are committed to supporting the children and communities of the 53 commonwealth countries around the world. For those members of the public who have graciously asked to send baby gifts for the couple’s upcoming arrival, they ask that instead, you consider lending your support to @thelunchboxfund or the other 3 charities we will be sharing on our page Thank you for your kindness! Photos courtesy of: @thelunchboxfund

And the cherry on the cake? The September Vogue is going to feature a ‘candid conversation’ between the Duchess and the former first lady of USA, Michelle Obama!

This is definitely going to be one of the most prominent issues of the British Vogue and we can’t wait for it!

Hopefully, it will have the desired effect and people will acknowledge and take the contemporary troubles our world is facing more seriously.