Home Binge Wednesday with Villians Check out how bad boy Kabira and his wrong call made for... Take a look at how Bollywood’s bad man, Gulshan Grover scared the audience with a single call as Kabira in the iconic comedy movie Hera Pheri.

It takes great writing and amazing delivery for any movie to become iconic and well-known over the years. With a bunch of comedy movies, there has to be something distinct for one to stand out. For every person who is on social media, it is hard to ignore and not agree that Hera Pheri is that one cult comedy movie that will forever make it to our list of favourite movies. Even when we all appreciate this gem of a movie for its great comedy, we know that it is all the great characters of the movie that made it what it is today. As we went through the lives of Baburao, Raju and Shyam the essence of the movie became more fun and interesting because Kabira made a wrong call. 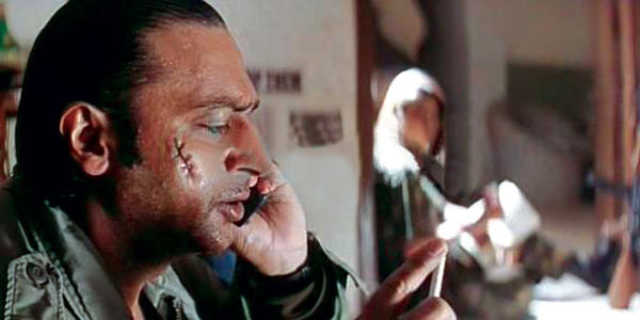 There needs to be something really uniquely evil about a character for it to stand out in a movie that is all about comedy. Kidnappers hold a special place in the list of villains in Bollywood. Taking away kids and asking for a ransom to release them is one thing that always scares the hero urging him to do something about it. But in this movie, it only added to all the craziness and madness that went on to become iconic. Kabira may seem like a tough and dangerous guy, but he is actually a bit dumb who can be easily tricked into anything. It took him quite some time to realise that the person he is calling is not the right one and that he was only messing things up for himself.

Gulshan Grover is one of the actors who has reprised many villain characters in movies over the years. He has been part of Bollywood as well as Hollywood movies. Known as the Bad Man of Bollywood he has been able to scare the audiences with his characters. Gulshan is also one of the first Indian actors who successfully transited into Hollywood. He made a notable appearance in Hollywood films like Beeper (2002), Blind Ambition (2008), Desperate Endeavours (2011) and Prisoners Of The Sun (2013). It is said that Gulshan was almost close to dropping out of the role as the shoot for his part kept delaying and he had a number of other movies in hand.

We may have a number of iconic dialogues in the movie, but we all know that it all began from this;

Also Read: Here’s everything that made Prem Chopra a fearsome villain #WednesdayVillains: Is the on-screen God butcher any different from the comics? #WednesdayWithVillains: Paranoia Agent’s Little Slugger is proof that your enemy is in your head! #WednesdayWithVillains: What makes Monster’s Johan Liebert one of the most well-written antagonists?