We are all loving Indian web-series that are making efforts and delivering quality content to the audiences. Made in Heaven is one such show that won hearts. One of the lead characters that ensured Made In Heaven was entertaining to watch is the talented actor, Sobhita Dhulipala. On her birthday, We have made a list of Sobhita Dhulipala moments from the show that we loved.

Indian web-series are making it big for themselves. There have been many incredible and amazing series that was produced over the last two years. Indians have openly appreciated these series. Apart from a good story, these web-series have given us some of our favourite characters too. We can all agree that there was a Radhika Apte phase where we saw her in almost every series and show and loved it. Another actress that caught everyone’s attention was none other than, Sobhita Dhulipala. Shobhita has been part of some notable shows and we can’t get enough of her already. She has worked her charm with elegance and talent winning hearts over the internet. One show that gave her some much-deserved recognition and love was Zoya Akhtar‘s Made in Heaven. Playing the socialite Tara Khanna, Shobhita gave us a character that is equal parts of vulnerability and strength. She was able to grab the audience’s attention with her grace giving us some of the best moments from the show. We have made a list of some moments from the show that showcased Shobhita’s character in the best way possible.

Take a look at these Sobhita Dhulipala moments from Made in Heaven:

The wedding they plan out of love

When she decided to do the right thing 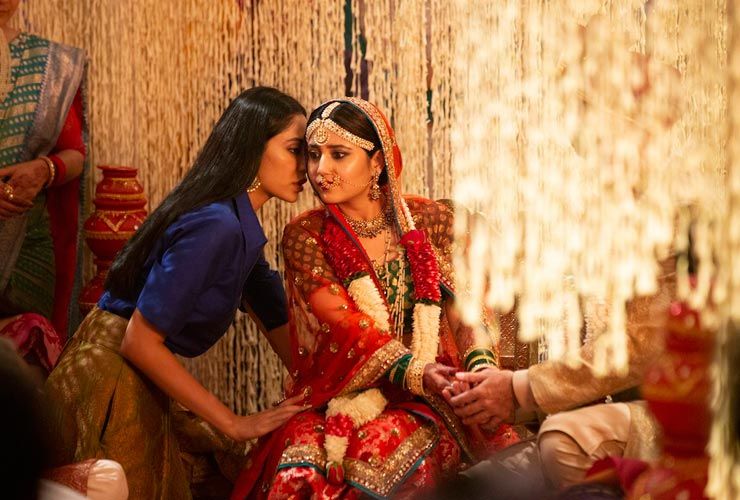 //made in heaven// Things to learn from Made In Heaven: 1. Virginity is a social construct. Not being a virgin doesn’t make you any less of a human. Moreover, a guy’s virginity and a girl’s virginity should be considered as the same thing. 2. You don’t have to get married if you aren’t ready. 3. You’re never too old to fall in love and grow together. 4. Dowry just means that you’re paying someone to get accepted in their family and if they ask for it, you should be smart enough to know what to do. 5. No matter how rich you are, you don’t have any right to insult any person’s profession. 6. Being gay/lesbian isn’t a crime just like being straight isn’t. Love is love and it always wins. 7. Not accepting your kids and assaulting them to change them makes you the worst parent ever. If you think providing a house and food is parenting, you should’ve used a condom for God’s sake. 8. A divorce should be the matter between a couple, not the whole society. Walking out of a marriage isn’t a crime. If you’re not happy somewhere then, what’s the point of being there? 9. Being rich doesn’t mean you can sexually assault anyone. 10. Never let the superstitions win over your love. – – – #madeinheaven #amazonprime #primevideo #arjunmathur #sobhitadhulipala #jimsarbh #kalkikoechlin #show #series #ankurrathee #wedding

Which is your favourite Shobhita moment from the series? Tell us in the comments below. Celebs talking about everything from mental health to new projects, here’s what happened this weekend

SonyLIV is gearing up for its next authentic narrative Pulwama Key...

Moments from recent films and TV shows that stayed with us

The Batman trailer brings the iconic DC character, Batman, back with...

Shreeja Bagwe shows us 9 different ways to drape a saree

Dev Raj Patel steals the show with his small appearance in... SonyLIV is gearing up for its next authentic narrative Pulwama Key...

Moments from recent films and TV shows that stayed with us

The Batman trailer brings the iconic DC character, Batman, back with...

Shreeja Bagwe shows us 9 different ways to drape a saree

Dev Raj Patel steals the show with his small appearance in...